ASK US FOR A SUITABLE SOLUTION AND GOOD PRICE NOW! 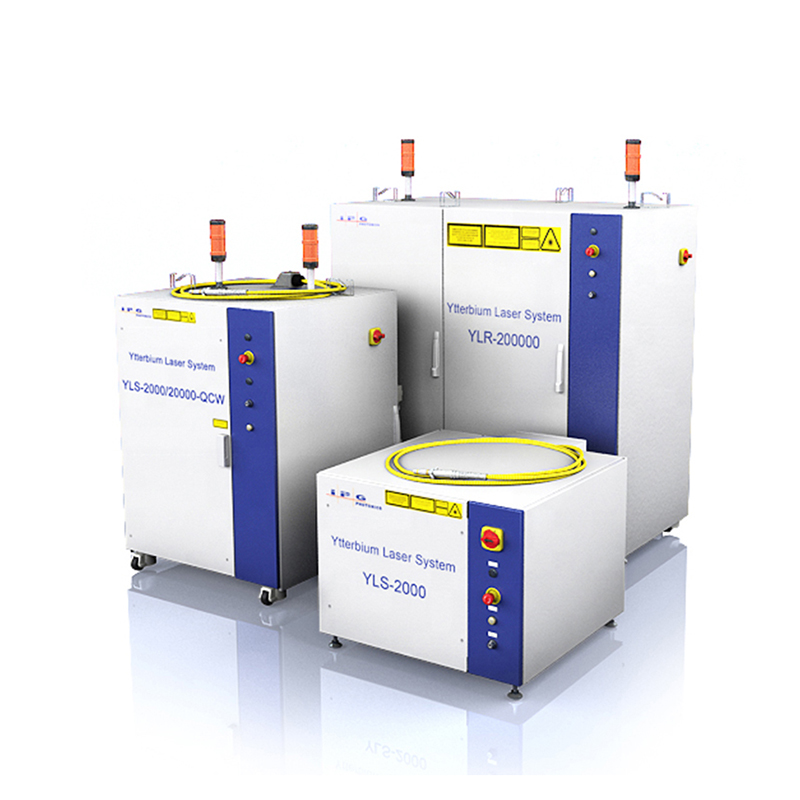 Technical Support if Any Doubts or Problems 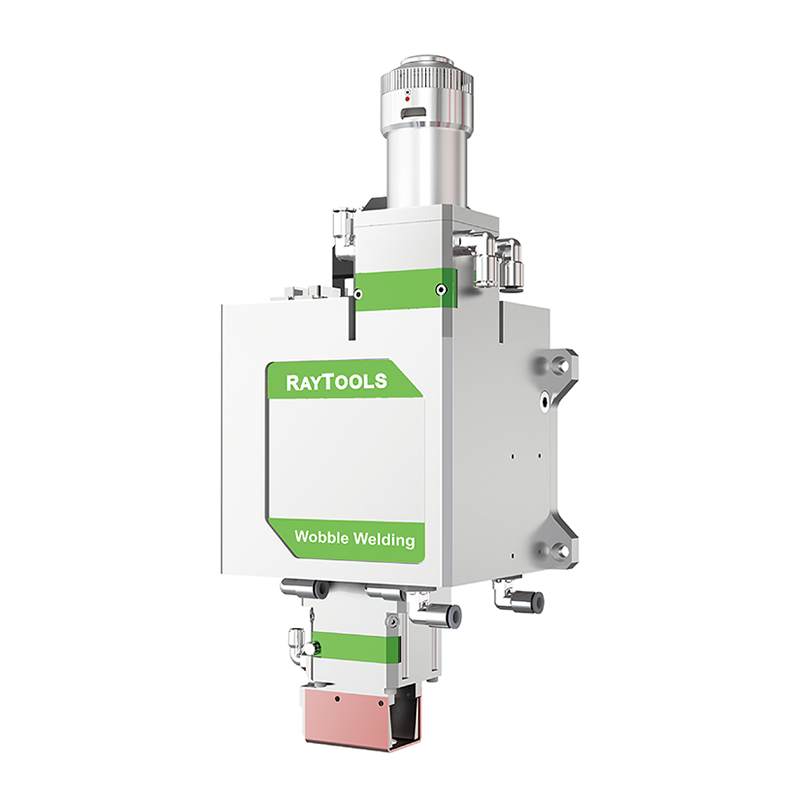 The laser welding heads brands we use for the welding machines are usually OSPRI, Raytools, Qilin, etc. We can also produce the laser welders as customers required. 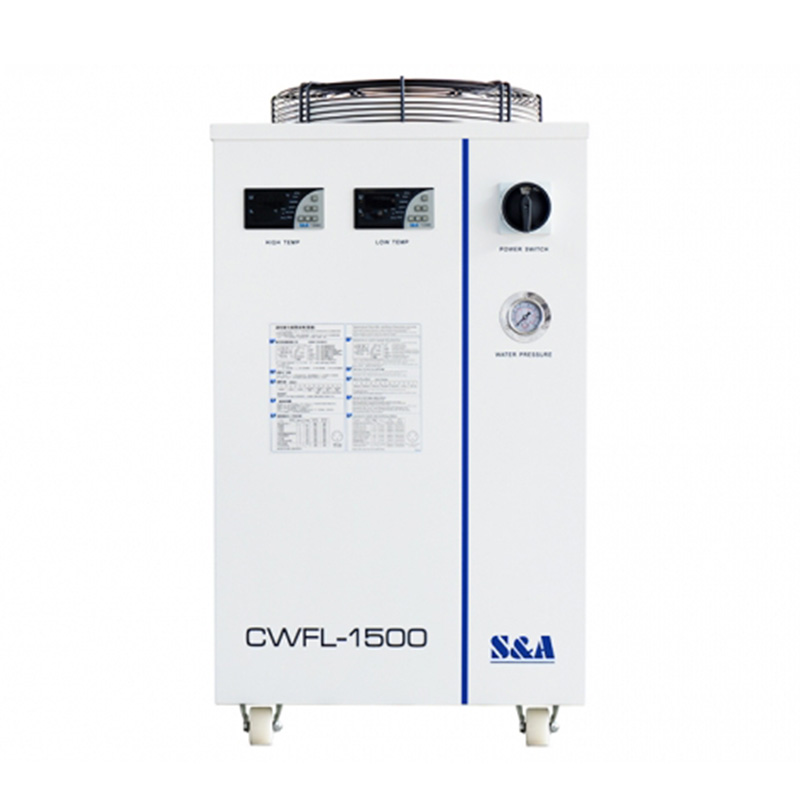 CWFL-1500 water chiller developed by S&A Teyu is made especially for fiber laser applications up to 1.5KW. This industrial water chiller is a temperature control device featuring two independent refrigeration circuits in one package. Therefore, separate cooling from just one chiller can be provided for the fiber laser and the laser head, saving considerable space and cost at the same time.

Two digital temperature controllers of the chiller are desi

The laser generator is a component that generates a laser light source. For metal cutting, fiber laser generators are currently commonly used. Because laser cutting has very high requirements for laser beam sources, not all lasers are suitable for the cutting process.

1. Nozzles: There are three common nozzle forms on the market: parallel, convergent and conical.

The main part of the beam delivery component is a refractive mirror, which is used to direct the laser light in the required direction. The reflector is usually protected by a protective cover, and a clean positive pressure protective gas is passed in to protect the lens from contamination.

The machine tool table is mainly composed of a weighing bed and a drive part, which is used to realize the mechanical part of the X, Y, and Z axis movement, and also includes the cutting table.

The CNC system can mainly control the movement of the machine tool to the X, Y, and Z axes, as well as the power, speed and other parameters during cutting.

The cooling system is mainly a water chiller for cooling the laser generator. For example, the electro-optical conversion rate of the laser is 33%, and about 67% of the electric energy is converted into heat. In order to ensure the normal operation of the equipment, the chiller needs to reduce the temperature of the whole machine through water cooling.

With the continuous improvement of people's technological requirements, traditional welding can no longer meet the needs of customers. The emergence of a new generation of laser welding machines has promoted the development of welding technology, and the scope of application and industries have become more and more extensive. So, what components are needed to make a laser welding machine. 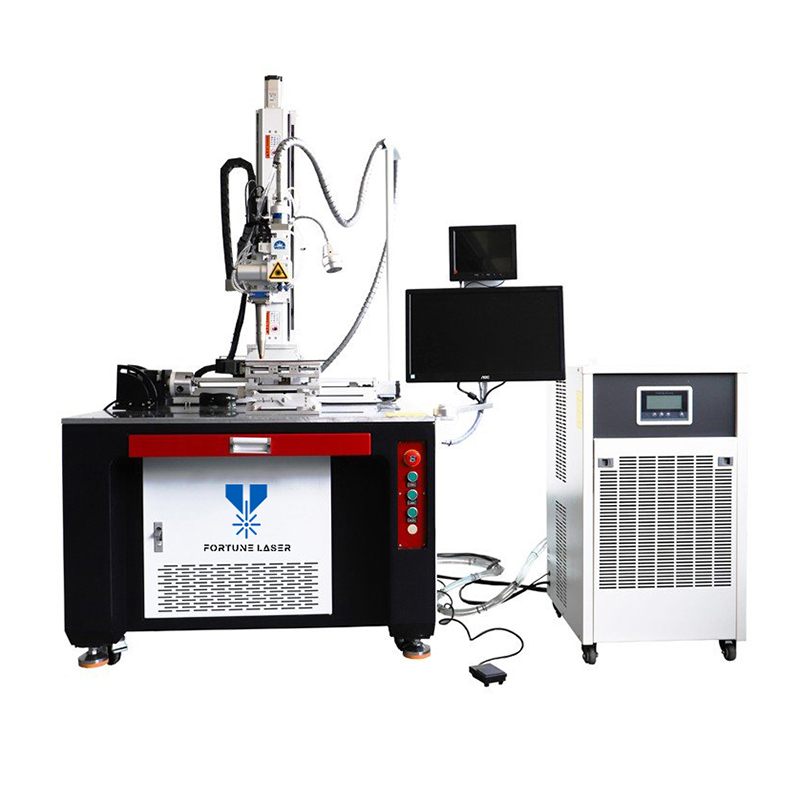 laser welding and arc welding need to be protected with inert gas to prevent oxidation and air pollution. Laser welding requires gas protection. In the laser welding process, these gases are output to the laser radiation area through a special nozzle to achieve a protective effect.

Laser welding fixture is mainly used to fix the welded workpiece, and make it can be repeatedly loaded and unloaded, repeated positioning, in order to facilitate the automatic laser welding, therefore, the tooling fixture is one of the essential equipment in laser welding production .

Generally, the laser welding machine needs to be equipped with an observation system, which can perform real-time microscopic observation of the workpiece, which is used to facilitate accurate positioning when programming welding procedures and to check the welding effect during the welding process. Generally, it is equipped with a CCD display system or a microscope. .

The cooling system provides cooling function for the laser generator, generally equipped with a water circulation chiller with a power of 1-5 hp, (mainly for the welding machine of the square laser)

How to Choose A Suitable Fiber Laser Cutting Machine for Your Business?

What Are the Applications for Fiber Laser Metal Cutting Machine?

What Are the Differences between Fiber Laser Cutting, CO2 Cutting and CNC Plasma Cutting?

What Businesses Can I Expect from Laser Cutting and Laser Welding Tools?

Quality First, but Pricing Matters: How Much Does A Laser Cutting Machine Cost?

What You Need to Know about Tube Laser Cutting Machines?

Ask Us for A Good Price Today!

HOW CAN WE HELP TODAY?

Kindly fill out the form below and we'll get back to you as soon as possible.